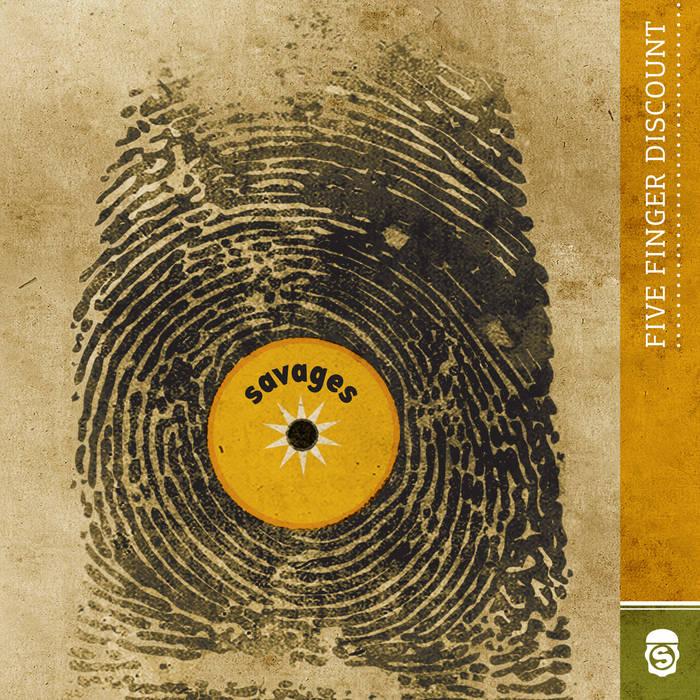 kureru I love this album because it always puts me in a great mood! Discovered it thanks to 'You're my chocolate' and was very happy to finally be able to buy the vinyl! It's a mix of hip-hop, downtempo, happy, fun and acoustic sounds and stupid voice samples that takes you on a funky musical journey... just great! Favorite track: The Blow.

Anders M. Nordli Delicious ear sounds. I like to listen to this when I'm at work.

It's very easy to listen to and it removes the rest of the world from my head, more than any other band I usually listen to. :) Favorite track: You're My Chocolate.

jacob swett I love the drums in Happy Gallopers

Tiiho This is just some really smooth wax. Amazing hip hop beats with that classic vibe. Favorite track: You're My Chocolate.

Originally released in 2008 in a limited fashion and only on compact disc, the album has been sought after by hip hop and trip hop heads alike. Melting Records has now issued this classic album for the second time on vinyl and is ready to give these tracks the wide audience they deserve. The current press version includes full versions and track list plus 2 bonus tracks, featuring Astrid Engberd, Vono Box & DJ Globe.


Nándor Kürtössy is a prolific producer, behind many projects like Kovacs, Savages y Suefo, and Vega Ass, and is also the founder of his own Hungarian electronic music label, Mana Mana Records. Five Finger Discount was Nándor’s first release, born from the previous few years of sessions creating tracks for himself and his friends. Encouraged to collect these cuts onto an album, Savages was created and this remarkable album revealed. Its legend has grown since the initial release with some considering Five Finger Discount a classic of eastern European hip hop culture.

The album track “You’re My Chocolate” has since become quite popular among the Greek downtempo DJ scene. The melancholic guitars and tranquil atmosphere of “You’re My Chocolate” are indeed special, and its languid beats lead the listener through an evocative journey told through sound. This cut is indicative of Savages’ vibe and is only one of the highlights on this jam-packed album. Cuts like “Lookin’ For You”, “Long Distances”, and “The Blow” also captivate by combining hip hop, vintage lounge, and dance floor appeal into a heady, sample-rich stew. Nándor’s sense of humor is also evident throughout as spoken snippets and spy-crafted rhythms intermingle within the playful arrangements. Savages is on point ... and this Five Finger Discount is a hefty bargain.

Savages and Melting Records would like to send a special thanks to all people consciously and consistently supporting the releases. FFD marks the 10th year anniversary of the debut album release (2008 – Mana Mana Records).